From red to amber to… green?

As we adjust to Alert Level 3 and head, we hope, for Alert level 2 we are naturally all beginning to gear up again for full production.

Standards and protocols for safe practice relating to Covid-19 have been drafted by Screensafe, working with WorkSafe.

These are currently awaiting approval. But Screensafe advises they can be used as minimum standards and guidelines for planning to return to work. Each production company should use these documents on which to base your own individualised Health and Safety plan and Site Plans particular to your requirements and each site on which you intend to shoot.

Each production will be required to register with ScreenSafe - please read about these requirements carefully in the Protocols.

The website for registration is www.screensafe.co.nz/covid19/registration (please note this is being developed and will be available as soon as possible). In the interim, please send details to info@screenguild.co.nz if the link above is not yet available.

In addition, NZ On Air’s expectations for funded productions returning to work under level 3 are: 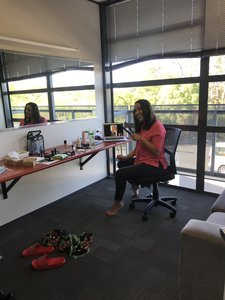 Crack the bubbly – it's time to celebrate the screen production industry re-starting, safely of course!

Huge congrats to the team at South Pacific Pictures for working through all the hurdles and getting back on set with Shortland Street (not funded these days by us, but we want to acknowledge because of how much work the show provides for the industry.)

Teams, or “bubbles” have been created within the production and are being kept as small as possible to ensure that the production can adhere to physical distancing and safety requirements.

At the conclusion of the first day of filming, Producers Maxine Fleming and Oliver Driver have advised that whilst filming is much slower than normal, it was great to get the first scene in the can.

“It was so great to get back to shooting the show today . . . some of us even got a little emotional after the first scene after such a long break. It's all working fine so far - slow and steady wins the Level 3 race!”

“Taking more time to shoot scenes with less crew so that everyone can keep a safe distance, actors doing their own hair and makeup under the supervising eye of our makeup department, shooting in such a way that actors seem closer than they are and holding back on the kissing and PDA. . . it's all part of the new normal at Shortland Street for now. And so far, it looks like it's all working - and we're all pretty happy to be back in the studio and working!”

Also big shout outs to two of the projects funded recently through the Rapid Response RFP who are shooting and on air - Dai's House Party on Three, and You Got This! on TVNZ 2.

Keeping local content on air, and cash flowing into the industry is vital.

So as and when you have approved plans to get back to work please let our comms team know, and maybe send images and a quick video if you can of you and your crew doing your thing.

That way we can do some shout outs and let the sector and media at large know the good news.

As recently announced by the Minister of Broadcasting, Communications and Digital Media, Hon Kris Faafoi, NZ On Air will receive additional funding to enable platforms to make a reduced contribution to projects they support for NZ On Air funding in the 2020/21 financial year. This is in recognition of the reduced advertising revenue currently available due to the disruption caused by Covid-19.

These new lower contributions apply from the July funding round this year until the end of the financial year, or until the money runs out. Please read more about how we will apply the reduced minimum platform contribution here. 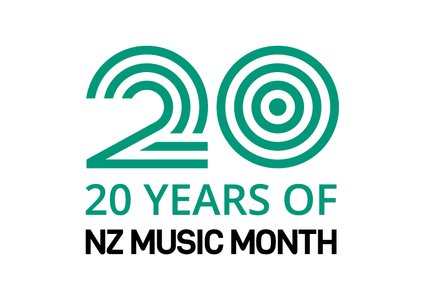 It’s the first of May and so begins the 20th NZ Music Month – 31 days to celebrate the wide range of wonderful musical talent we have in Aotearoa.

The theme this year is Support Local – which is absolutely baked into our DNA - so we’re also going to use the 20th celebration to revisit some iconic New Zealand albums of the last 20 years throughout the month. Keep an eye on our socials over the next 31 days for some excellent NZ album throwbacks.

If you want to visit the hub of all things NZ Music Month then head to https://www.nzmusicmonth.co.nz and if you want a good long listen to a whole assortment of great kiwi tunes then dive into our Aotearoa All Day playlist available now on Spotify and Apple Music.