New Zealanders’ media consumption habits are changing rapidly as the media environment and technology changes. The most rapid change is with younger audiences.

In April 2016 Glasshouse Consulting, commissioned by NZ On Air, carried out a phone and online survey of 1,400 New Zealanders aged 15 plus.
The survey asked respondents about what media they consumed "yesterday" and also if they had "ever used" particular media.

The research is a follow-up to a survey first carried out in 2014, which provides the only independent, publicly available data across media types.
The same methodology and questions were used, except where change was necessary to reflect changes in media.

NZ On Air funds content for television, radio and online audiences. We will go where the audiences are - so having a clear understanding of where they are, and how media consumption is changing is important to our strategy.

This survey included 400 people interviewed online, as the 2013 Census showed 15% of households have no landline.

New Zealanders continue to tune in to traditional media in the largest numbers, more frequently and for longer than any other media.This dominance is under real pressure with growing use of online video on sites like YouTube and Facebook, and the NZ launch of online subscription video on demand (SVOD) services.

The biggest growth and driver of change since the 2014 survey has been the launch of SVOD services marketed directly to New Zealanders. One in four tune in to a local or international SVOD service like Netflix or Lightbox service daily.

Even in SVOD homes, linear TV by a fine margin still attracts the biggest daily audience.

There is an increasingly big generation gap in media consumption. In 2016 more 15–34 year olds stream online video each day than watch linear TV.

There is a sea change in music consumption - 33% of NZers consume music each day by streaming.
But radio remains strong as the place to hear about new music. 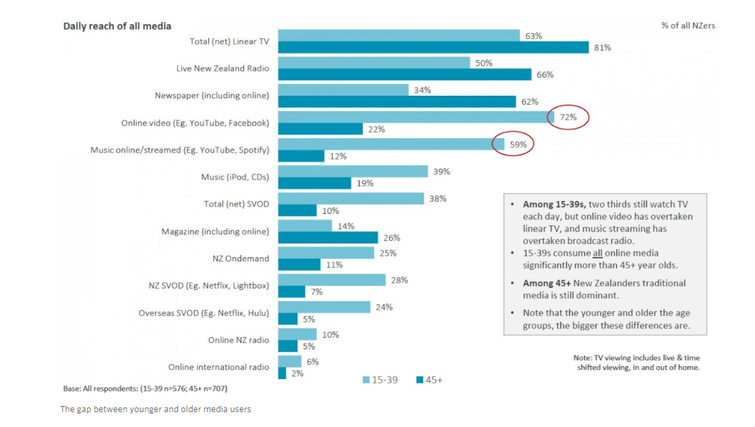 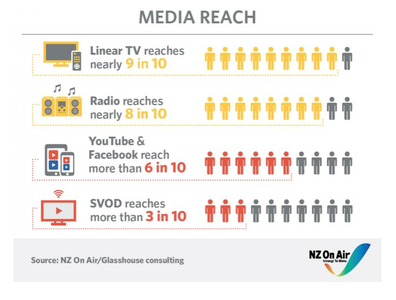 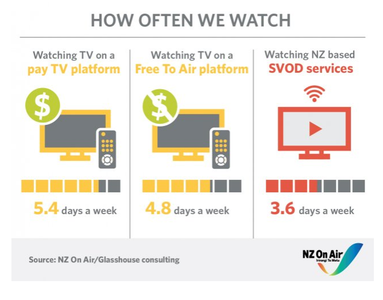 How often we watch 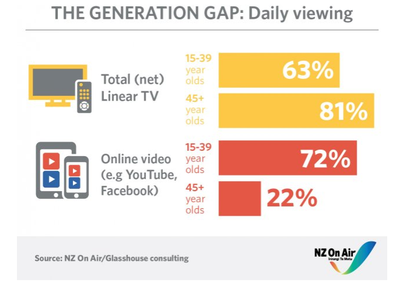 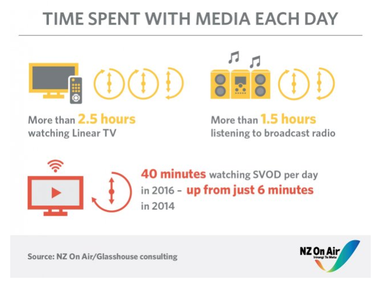 Time spent with media each day 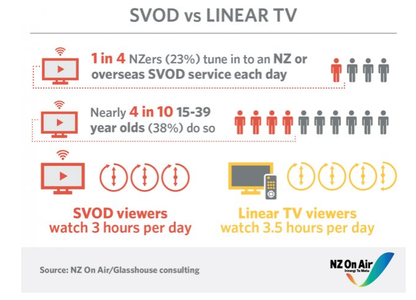 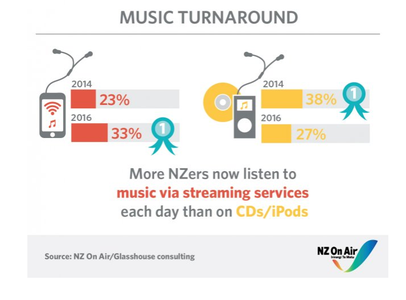 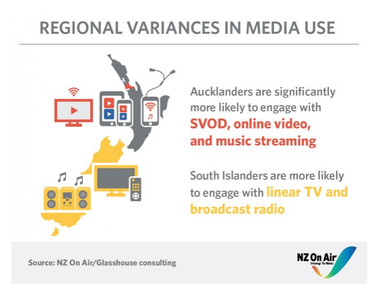 Regional variances in media use

New Zealanders are staying with traditional broadcast media for their daily media consumption, but music and the young are shifting fast to digital platforms.