In a country blessed with sporting legends Jonah Lomu stood head and shoulders above the rest. Jonah, The Untold Story is a two-part mini-series to screen on Three, telling the phenomenal story of the boy from Tonga via NZ who took the rugby world by storm.

The tragic story of New Zealand’s worst fire disaster, the Ballantyne’s department store in Christchurch, will be dramatised for TVNZ 1’s Sunday Theatre. Ablaze is an ambitious historical drama focused on an event that forever changed the way we manage fire prevention and our fire service.

What would you do if $10 million accidentally dropped into your bank account? The nation was fascinated by exactly this question when it happened to Kara Hurring and Leo Gao. Their decision to run off with the money is to be dramatised in a telefeature also for Sunday Theatre, Runaway Millionaires.

Audiences lapping up Westside 4, airing on Three at the moment, can look forward to 10 more episodes in 2019. Adding Westside 5 to the six epic seasons of the original Outrageous Fortune makes this New Zealand’s second-longest running NZ drama franchise, after Shortland Street.

“Local drama continues to engage local audiences because we love to see our own stories, told in our own voice. Our production companies are second to none at creating and delivering great stories,” said NZ On Air CEO Jane Wrightson.

“In particular I congratulate the writers and producers in winning funding in a hotly contested environment where we had many very good proposals to choose from. Each of these projects will also create a large number of job opportunities in the screen production sector over the coming year,” she continued. 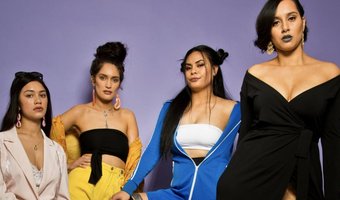 NZ On Air is pleased to be supporting newer and experienced comedy talent to tickle the nation’s funny bone.