Screen Production Recovery Fund extension, Omicron updates to Screensafe Health and Safety Protocol, and the announcement of the Episode One finalists.

NZ On Air warmly welcomes the news that Manatū Taonga Ministry for Culture and Heritage will provide a further $121 million in funding to support the COVID Arts and Culture recovery programme.

As part of this funding package, the Government has extended the Screen Production Recovery Fund (SPRF), which allows screen productions that meet eligibility criteria to claim some of the costs imposed by increased alert levels and is accessed through either the New Zealand Film Commission or NZ On Air.

The Screen Production Recovery Fund will be boosted by a new allocation of $15 million, with $7.9 million of this funding allocated to New Zealand Film Commission and $7.1 million allocated to NZ On Air.

The boost will enable an extension of the fund through to at least 31 January 2023, to maximise production activity and minimise the impacts of any COVID-19 outbreaks.

NZ On Air is currently reviewing the Screen Production Recovery Fund eligibility criteria in consultation with the Ministry for Culture and Heritage, to align it with the COVID-19 Traffic Light System. We expect to announce any changes to these criteria in the next 2 - 3 weeks, please sign up for our newsletter to make sure you stay in the loop.

In the meantime, we are still accepting applications to the SPRF based on the current eligibility criteria. These funds are for productions funded through NZ On Air that have been shut down, delayed or constrained by COVID-19.

For more information about how to apply to the SPRF, please visit our Responding to COVID-19 webpage, or contact Glenn Usmar, Associate Head of Funding – Systems.

ScreenSafe has updated the COVID-19 Protocols to align with some minor Government updates and with updated information in regards to the Omicron variant.

The protocol changes are outlined in this ScreenSafe update. 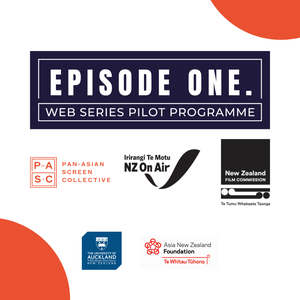 The six successful teams selected for an innovative $750,000 NZ On Air-funded programme to develop more screen content by Pan-Asian New Zealanders have been announced.

Episode One Web Series Pilot Programme is a Pan-Asian Screen Collective (PASC) initiative that will take six teams from a pitch to a produced pilot of their series.

The creator and convenor of Episode One Shuchi Kothari said, “of the 48 applications we received, so many were of such high calibre that it was a real challenge for industry experts and assessors to determine the final 6 from a shortlist of 13 teams.”

Shuchi congratulated all teams that applied and the finalists: “they represent a huge amount of talent, energy and innovation. Their stories are very much a part of Aotearoa New Zealand’s history and contemporary life.”

After a robust deliberation process, PASC has announced the following six teams will participate in Episode One Web Series Pilot programme.

Nahyeon Lee, Vhari Lennox and Sarina Pearson
ASIAN 8
Outraged by the racism at her posh private girls’ school, an ambitious Year 12 student rallies fellow Asian students to support her bid for Head Girl, in exchange for finding them dates to the ball.

Aman Bajaj, Gayatri Adi, Porvi Fomra and Bala Murali Shingade
BOOM SHANKAR
When an overconfident bomb defusal officer and an anxious dairy owner end up dead after a failed bomb defusal, they must work together to navigate the bureaucratic Afterlife for one last chance at redemption.

Celine Dam, Jolin Lee and Nikhil Madhan
CHINESE ORCHESTRA
A group of high school misfits in the Auckland Youth Chinese Orchestra band together to fake it through a season of performances, or risk getting blackmailed by their dodgy-as leader.

Hayley Becht, Natasha Daniel, Kelly Gilbride, Chye-ling Huang and Joyce Wong
HAPPINESS IS THE PATH
Three self-absorbed, Chinese-Pākehā siblings must dig out the root cause of their family’s unhappiness before their Chinese father moves to an isolated Buddhist monastery forever.

Sara Chen, Tim Zheng Tian Chen and Pon Torthienchai
PINCHER
Recreational porch pirate, Mei, is an all-around terrible person but also an avid denier of her failings in character. While her personal and work lives spiral into chaos, she embarks on a journey of moral redemption revisiting past victims to return a stolen urn.

Emma Mortimer and Asuka Sylvie
THAW
THAW is a science fiction anthology drama that follows six individuals who have woken from a cryonically frozen state, as they grapple with their rehabilitation into the world and attempt to connect with those they left behind. 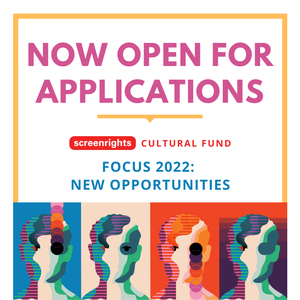 The 2022 Screenrights Cultural Fund is now open for applications!

Screenrights wants to hear about your initiatives that focus on new opportunities in our screen sectors in Australia and New Zealand. Grants of up to $50K are available.

This year the Fund invites Expressions of Interest from projects that may benefit from further advice before submitting a full application. Full details here.