In PIJF Profiles, we chat to some of the journalists NZ On Air has supported into media roles and get a snapshot of the work they do.

One of the goals of the Public Interest Journalism Fund (PIJF) was to meet a growing need in the sector for journalism that truly reflects the Aotearoa and communities we live in.
In PIJF Profiles, we talk to some of the journalists NZ On Air has supported into media roles through the PIJF – and get a snapshot of the work they do and what they love about their job.

A Voice for Tangaroa, written features and stories that focus on the ocean around Aotearoa. Funded in the 3rd round of the PIJF. 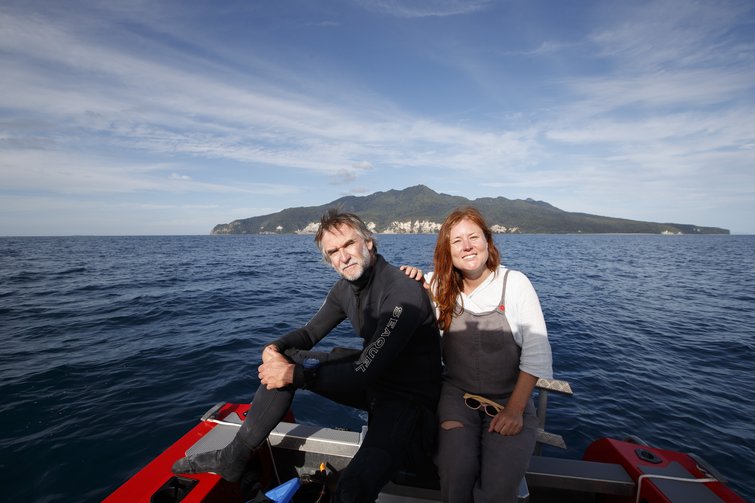 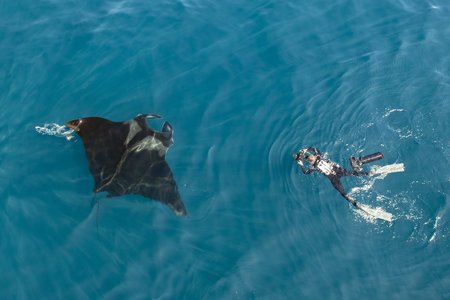 What’s great about being an oceans photojournalist?

What’s great about being an Ocean Photojournalist working on A Voice for Tangaroa is having the ability to immerse myself in key assignments that highlight the beauty and extreme pressure on our moana. These are stories that need to be told now. The PIJF scheme unlocks the resources to do these features, with an urgency and depth that otherwise would simply not be able to be done.

Tell us what a good day looks like in your job…

The saying goes “Any day on the water is a good day” but I spent twenty days on the water in search of Manta Rays before I finally got close enough to photograph one. That’s what an amazing day looks like in my job. I think that’s a pretty good reflection of what I do, there’s a huge amount of research, preparation and failure going on in the background for every image that gets printed in the magazine.

What’s the piece of work you are most proud of?

The Kelp which looks at our majestic Southern Kelp forests. Kelp forests are to Aotearoa what coral reefs are to other marine ecosystems, but there is disturbing evidence that we are in danger of losing them and before I started working on the feature I hadn’t realised how much we had already lost. There’s also a feature I have been chipping away at since the start of the project and when published, I think it will be my most important work to date, but you will have to wait for that one. 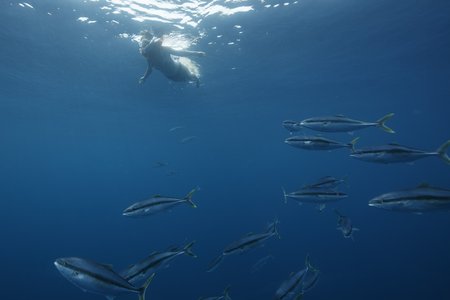 What’s great about being an oceans reporter?

It's wonderful to be able to spend so much time telling stories of our moana. Even though the ocean makes up 93% of New Zealand's territory, and hosts more than 80% of our biodiversity, we don't tend to pay it as much attention as we do the land – and that has consequences for the health of the ecosystem and how we treat it.

I love meeting people who have a strong connection to the sea and comparing the different forms that can take. A number of stories have taken me into the Hauraki Gulf off Leigh, which is where I grew up, so it's been meaningful to gain a deeper and different appreciation of this beautiful part of the world.

As well, having this job makes me pay more attention to the ocean, and I'm getting in it more regularly than ever before. I've lived in Raglan for four years, and this is also the year I took up surfing (can this be a coincidence?!), so I'm thinking and learning about the sea on a regular basis even outside of work.

Tell us what a good day looks like in your job…

To be honest, most days involve me at my desk researching, writing and talking to people on the phone or Zoom. But the best days are when I'm out on the ocean with researchers or fishers, gaining a sense of what other peoples' workdays look like, and getting to see things most people don't usually see – like how a trawl boat operates or giant manta rays. One huge highlight was finding out manta researchers Mark Erdmann and Edy Setyawan had named one of the manta rays they tagged after me. Later, we found out Kate the manta swam from the Hauraki Gulf to Fiji and dived to 1200m below the surface!

What’s the piece of work you are most proud of?

I think I'll be proudest of a few features we have planned that will come out later in 2022 or next year. I loved getting to write about underwater sound, including about my dad’s masters research into the kina dusk chorus 50 years ago. And I’m thrilled that (thanks to my parents and partner looking after the kids) I was able to keep going out to sea with Erdmann and co day after day until I finally saw a manta ray with my own eyes!