Local Democracy Reporting: Making a difference in the regions

We take a closer look at the LDR programme, the journalist network reporting local government issues across the motu. 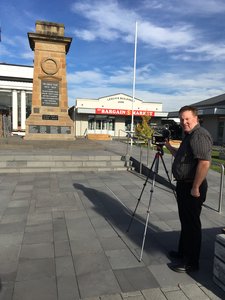 It’s the ultimate goal for any reporter – to feel you are making a difference.

Local Democracy Reporter with North Canterbury News, David Hill, can be pretty confident he is doing just that, making sure local issues from around the North Canterbury region gain the attention they should.

“I tend to be the only journalist covering the Waimakariri, Hurunui and Kaikoura council meetings, so that carries a certain responsibility,” says Hill. “The activities of local councils touch our daily lives more than central government, yet the focus is usually on national and international issues.”

And if it wasn’t for Hill attending those meetings, the reality is, there would be no reporting of those activities.

Ensuring that the goings-on within local councils, like those in the North Canterbury region, are well reported is just part of the reason why the Local Democracy Reporting (LDR) programme was set up, a free public-interest news service that was put in place to strengthen coverage of local authorities, runanga and other publicly appointed or elected bodies. Hill is one of 16 reporters who are part of the LDR programme and form a network of local government reporters in place across the motu.

The programme is managed by RNZ but includes an alliance of media publishers from across Aotearoa – all working together to boost reporting of local democracy issues. It is supported by the News Publishers Association with funding from NZ On Air’s Public Interest Journalism Fund (PIJF).

“The idea behind the LDR scheme was to fill the gaps that were very clearly appearing in the reporting of local bodies and other publicly-funded organisations, mostly in regional New Zealand,” says LDR Manager David Reid.

“It may feel strange to those who exist in well covered communities within our bigger cities to think these stories weren’t being reported, but they weren’t,” says Reid. “Community boards, regional and city council meetings were not being attended by enough reporters – so there was a real need for those stories.”

Reid says that since the LDR launched in 2019, LDR reporting has grown month by month, with more than 3,000 stories from around the country produced in just the past 12 months alone. Those stories are shared for free to the 31 media partners who signed up to the scheme.

“In 2021, the scheme generated more than 9 million page views,” says Reid. “So there is definitely an appetite.”

As for reporter David Hill, though he is only three months into his role as a local democracy reporter, he has been a familiar face in the Waimakariri District Council and Hurunui and Kaikoura regions for over a decade. And, he says, he loves what he does.

“I don't think I ever imagined being a Local Democracy Reporter and, in fact, for the last 10 years I have been more a rural journalist than a local government journalist (not that I ever knew much about farming issues or had an interest in farming),” he says.

“But now that I am an LDR, there is nothing else I would rather be doing.”