In the fourth wave of research in the Where Are The Audiences? series, Glasshouse surveyed 1,511 people aged over 15 by landline and internet in May/June this year. The survey was undertaken a few weeks later than usual to avoid anomalous media consumption during the Level 4 and 3 COVID-19 lockdown.

The findings make sobering reading, with the global digital giants both fragmenting audiences and overtaking most local platforms, with TVNZ 1 and TVNZ OnDemand the only local platforms to shine in this year’s survey. The key findings include:

“It’s been a tough year all round, and this research brings home what a fight local content makers and platforms have on their hands. Our challenge as an agency, alongside the industry, is to work harder to find ways of engaging local audiences with the exceptional quality of New Zealand stories and songs,” says Mr Harland.

A coming area of focus for the agency will be young audiences, with a review planned to look at the children and youth audience content strategy.

The full report is available here. 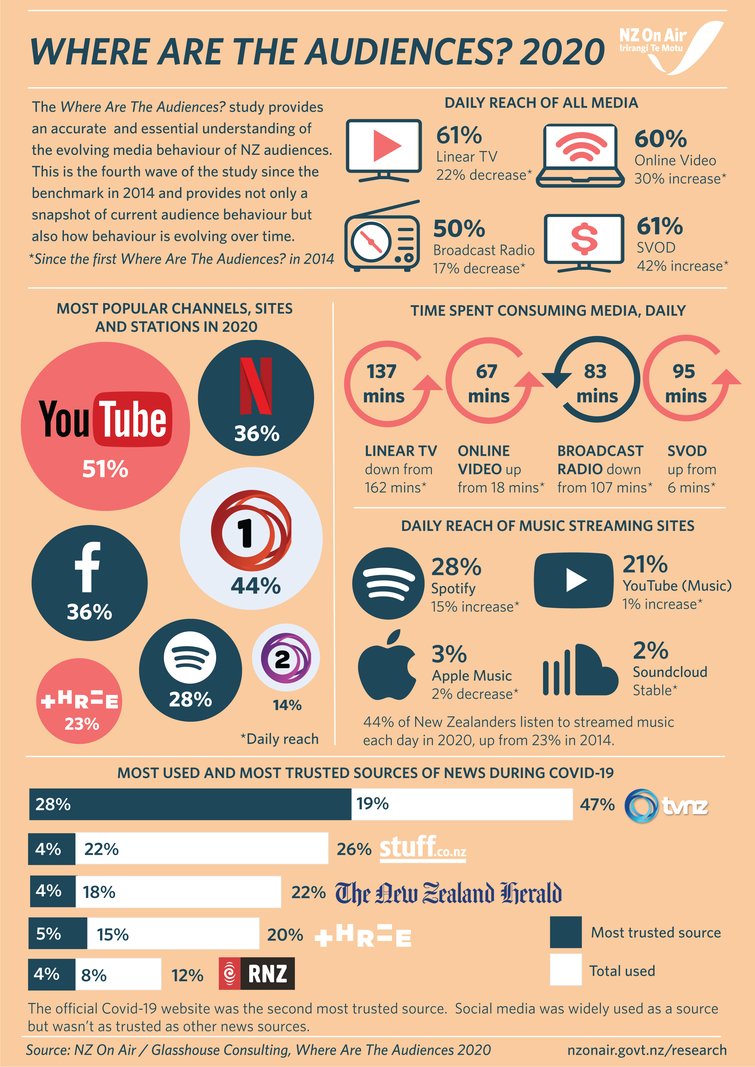